After a bit of a break I decided to grow chillies again this year. This was after I was given some seeds as a Christmas gift. I haven’t bothered for a few years as I always grew far more than we used, but I am resolved to preserve them and use them through winter.

The ones I was given were Prairie Fire, and then I bought some Basque from Real Seeds. 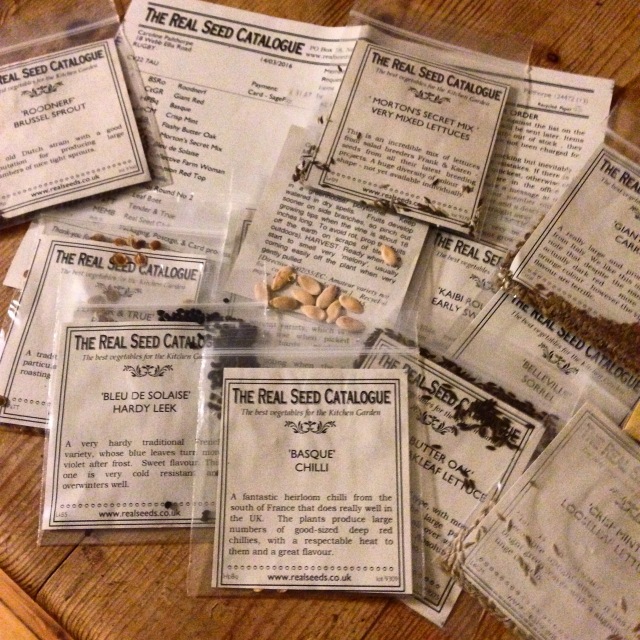 Oddly, the Christmas gift ones came with some composted elephant poo to plant them in – I added it to my compost and used my usual peat-free organic compost from New Horizon. 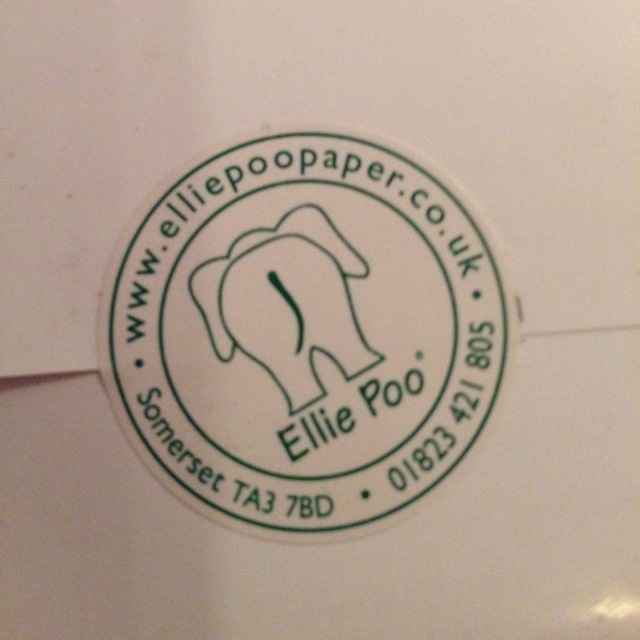 I sowed the Basque ones in February and the Prairie Fire a little later in March, due, if I remember correctly, to space in the heated propagator being at a premium. Anyway, all went well and I ended up with some splendid plants and lots of chillies. 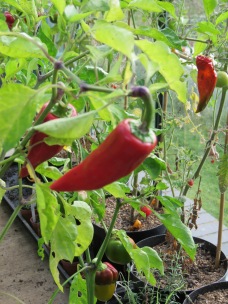 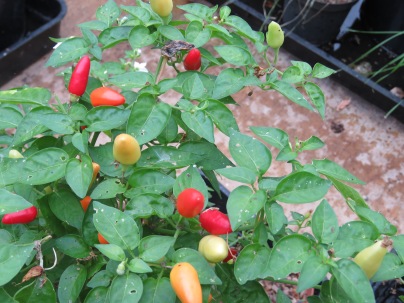 The Basque were described as having respectable heat and good flavour. Hmm. They seemed pretty weak to me, and have very little flesh. I stuffed some with some left-over burrito filling, but they weren’t great. I still have quite a few so will probably give it another go, but haven’t bothered to save any seeds, although I think there are still some left from the original packet.

The Prairie Fire were also disappointing, and confusing. On our holiday we went to the Eden Project, and I studied their display of chillies and the Scoville scale – the more Scovilles, the hotter the chilli. Well the Prairie Fire had seemed to me to be not very hot so I needed to use quite a few to get enough heat – and they are tiny and fiddly to chop up. So I thought I would look for something both hotter and larger. In the shop there was a display describing them as ‘really really hot’ at 108,000 Scovilles. But then right next to this were some seeds with the Scovilles at 20,000 – 30,000. 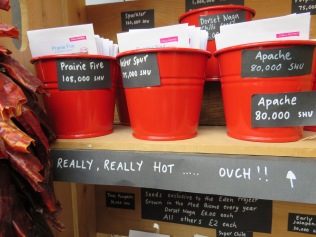 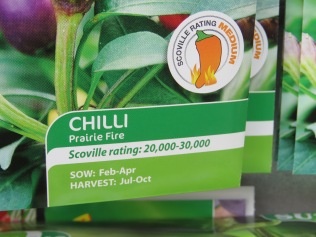 So now I don’t know what to grow next year – I will need to experiment or just choose at random. I have planned to buy as much organic seed as possible, so that will limit my choices, which may be a helpful thing. Anyway, I used all the seed I had, and won’t be saving any.

I have hung the Prairie Fire seeds up to dry on the dresser in the living room. 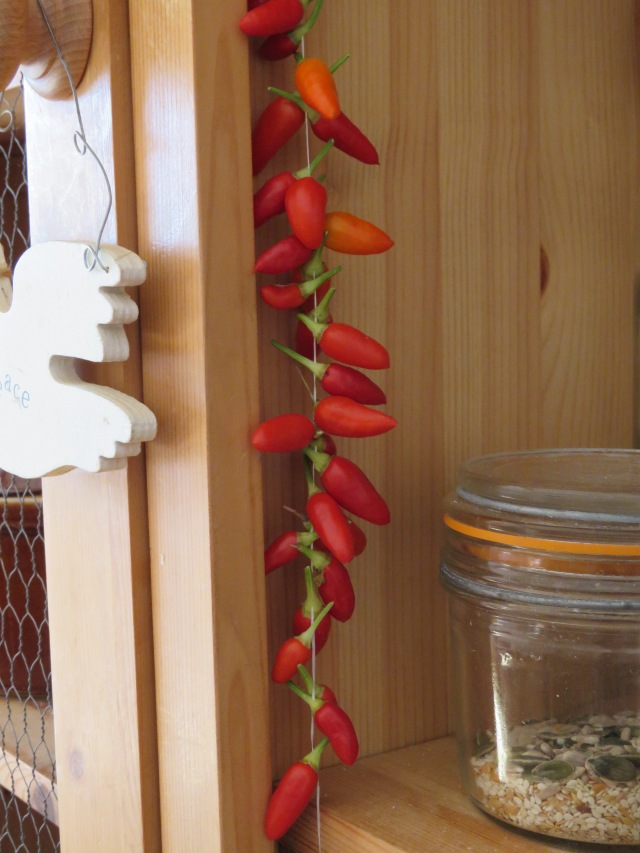 I’ve read that you can grind them to chilli powder in a coffee grinder kept especially for the purpose (we don’t like chilli flavoured coffee), but this small string is all there is – seems a little wasteful to buy a grinder just for these. I will look for a second-hand one, or try Freegle, I think.

So that’s my 2016 chilli harvest – small but how many chillies does one need? Flavours are disappointing, but I will grow something else next year and try to find something just right for us.

About Home on the Hill